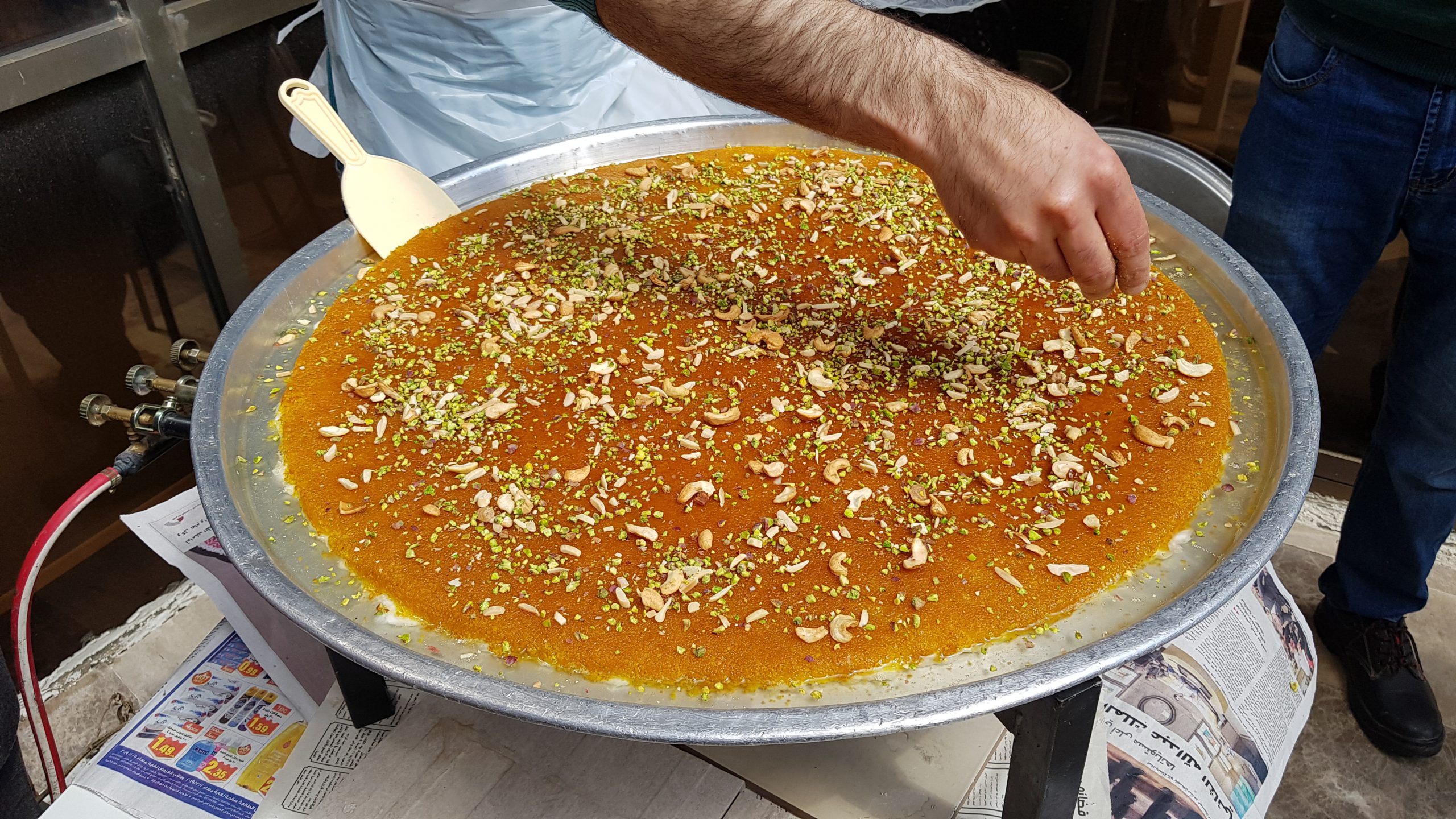 Understanding Hospitality: The story of Kunafa

If you are visiting the Levantine area, then you are bound to being introduced to the renowned Arab desert called Kunafa. Either by being invited to have some, or by viewing one of many shops scattered around Levantine cities.

It is argued that the origin of this heavenly delight comes from the city of Nablus, Palestine. The city actually holds the Guinness World Record for the largest Kunafa ever made; 170 bakers gathered in 2009 to create one that was a whopping 75 meters long and two meters wide. The giant pastry used 300 kilograms of sugar, 35 kilograms of pistachios and 600 kilograms of cheese. Let’s stop and think about that for a second: 600 kilograms of heavenly Nabulsi cheese. Today, Kunafa is a Ramadan essential dish in various countries of the Arab world, if not all.

In the last few years, this delicacy has been subject to experimentation. A way to modernize it, or add a little more flavor to the cheese. This attempt to add a modern twist is subject to a lot of debate. Some are welcoming to this craze, while others think it’s a betray to the famous and time defining dish. From mango, Nutella, custard, crème Brule and even red velvet, the dish has proven to only get more and more delicious in all its forms.

In spite of the conflicted reports on how and when it originated, one thing is certain; it’s difficult not to find Kunafa in one form or the other at an Arab household during Ramadan or stumble upon a shop or restaurant that serves this delicacy. So make sure to seize the opportunity of grabbing a piece when visiting the Arab world. Just remember that this isn’t a mere slice of dessert; it’s a slice of history and heritage.