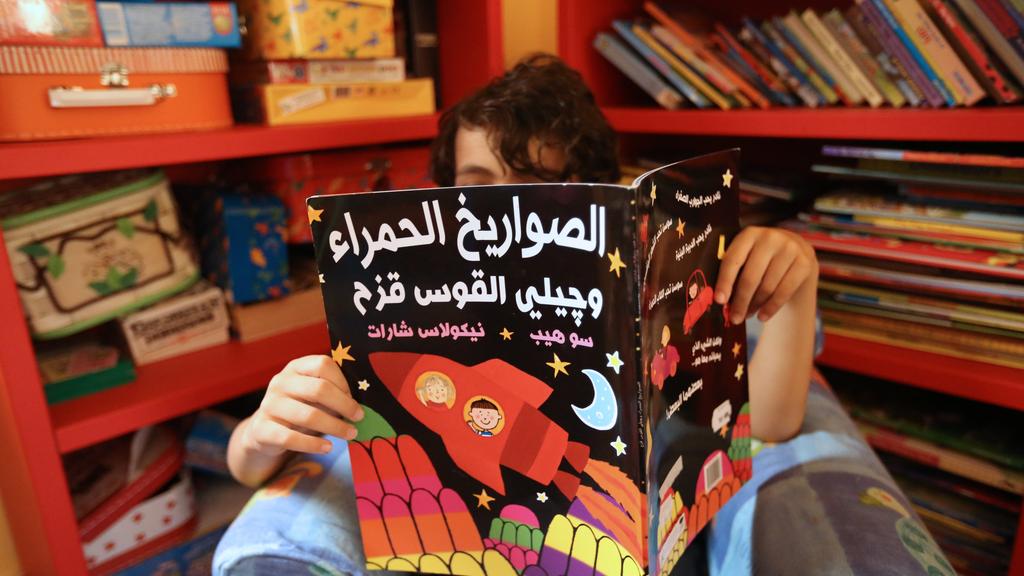 Why You Should Teach Your Children the Arabic Language

Children and their minds are that which has fascinated scientists for years, especially how they acquire, retain, and apply any given piece of knowledge, and of course, language is one of those branches of knowledge that children outshine their adult counterparts. Their ability to grasp not only subtle meaning, but their ability to gain an arguably, well-grounded foundation of any language learned is what marvels all of us. There is no one who will argue that learning a language during one’s formative years is undoubtedly the best time … the optimum time.

Learning a Language While Young

There are many reasons why a person should learn any given language while young, and these reasons run the gamut. For one reason, children’s brains more readily accept newer information, which is why adults often jokingly refer to their minds as “sponges”; they absorb almost everything they learn. Learning a language while young makes it possible to speak any given language much like a native speaker, without accent and a clearer understanding of subtle meaning and syntax.

Another such reason for a child to learn language at a young age is the many cognitive benefits that come with it. Long ago, most would argue that learning a language was more linguistically based than cognitive, but research proves otherwise. Children who are at least bilingual or learn a language in conjunction with their native language usually show stronger problem solving skills, along with above average critical thinking skills. Furthermore, research shows that they tend to be more creative and flexible, not to mention how far enhanced their memory skills become.
If that were not enough, studies also show that such children, in relation to the cognitive benefits, perform better academically by scoring higher on standardized tests and achieving greater math skills.

Likewise, learning a language exposes children to other cultures that they might not be exposed to if they had not learned a newer language. Such a benefit is something that could lead to financial, and societal benefits as well, when a child becomes an adult.

Why a Child Should Learn Arabic

With their being so many benefits to learning a language or languages while young, why should a child specifically learn Arabic?

Just as all the reasons stated above for learning language in general apply, there are even more reasons why a child should specifically learn Arabic.

Arabic is the fifth most popular language spoken in the world, yet few devote themselves to learning it. Furthermore, Arabic is a macro language that consists of as many as 30 different dialects. What most know as Modern Standard Arabic (MSA) is the formal speech and writing of it, yet Classical Arabic was dominate in the earlier centuries and also the language of the Quran. MSA stems from Classical Arabic and is a must to learn in order to master Arabic language.

With so many who speak Arabic in Arab-speaking countries, it is even more important for children to learn it since the Middle East, where it is widely spoken, is becoming a major point of political and financial focus. In today’s world, there are so many who learn French and Spanish in school, but they find so much competition to gain financially from their linguistic skills. However, with very few devoting their attention to learning Arabic, the competition to financially gain from such linguistic skill becomes less, making it more of a reality to financially gain from such a skill, and what better time to fully grasp this rich language than while young. Any parent who enables their child to learn Arabic will be giving this child an edge in the job market for any given field of commerce and trade, and in the Middle East, so many industries require Arabic speakers, a must, so they are in great demand. As stated before, learning a language while young enables to simultaneously learn culture as well; therefore, to truly learn and understand Arab culture with all its richness and history, it is better to learn Arabic while young.

If a child is Muslim, the importance of learning Arabic could not be understated. Arabic is the language of the Quran, and in order to fully grasp the meaning of the Quran, one must learn Arabic. Not only is the Quran in Arabic, but the amount of books in Arabic that explain Islam from its founders to its greatly knowledgeable is an astronomical number.

How Does One Teach Their Child Arabic?

One question might be coming to your mind: How can I teach my child Arabic? There are also many ways to do this, and to do them all will enable you to adequately enable your child to learn Arabic.

Without a doubt, a great Arabic curriculum is the best way to learn it. So many schools and learning institutions have the best Arabic curricula that are proven to make one’s child an Arabic speaker. Not everyone has the luxury of living in the Middle East to learn Arabic. Providing one’s child with the top of the line Arabic curricula developed by Arabic speakers who understand what it takes to learn it is the best start. Almost any given Arabic curriculum will contain a foundation that leads to perfecting speaking, reading, and writing skills. The more a child uses these skills, the more apt it will be for them to acquire the necessary base from which to build.

Also, a parent should simultaneously build an Arabic library. An Arabic library in today’s world, no longer means just Arabic books, which, by the way, is a must; a genuine library also contains DVDs and games that help a child to apply newly gained skills. When a child reads, plays, thinks, and strategizes in a given language, they are using it to the maximum, sheer proof that they are becoming a native speaker; they are applying their newly gained skill and building layer on top of layer from their foundation. Everyone has heard how reading to a child makes them enthusiastic readers; that cannot be achieved without providing plenty of reading material and reading to them if at all possible or having them read to you.